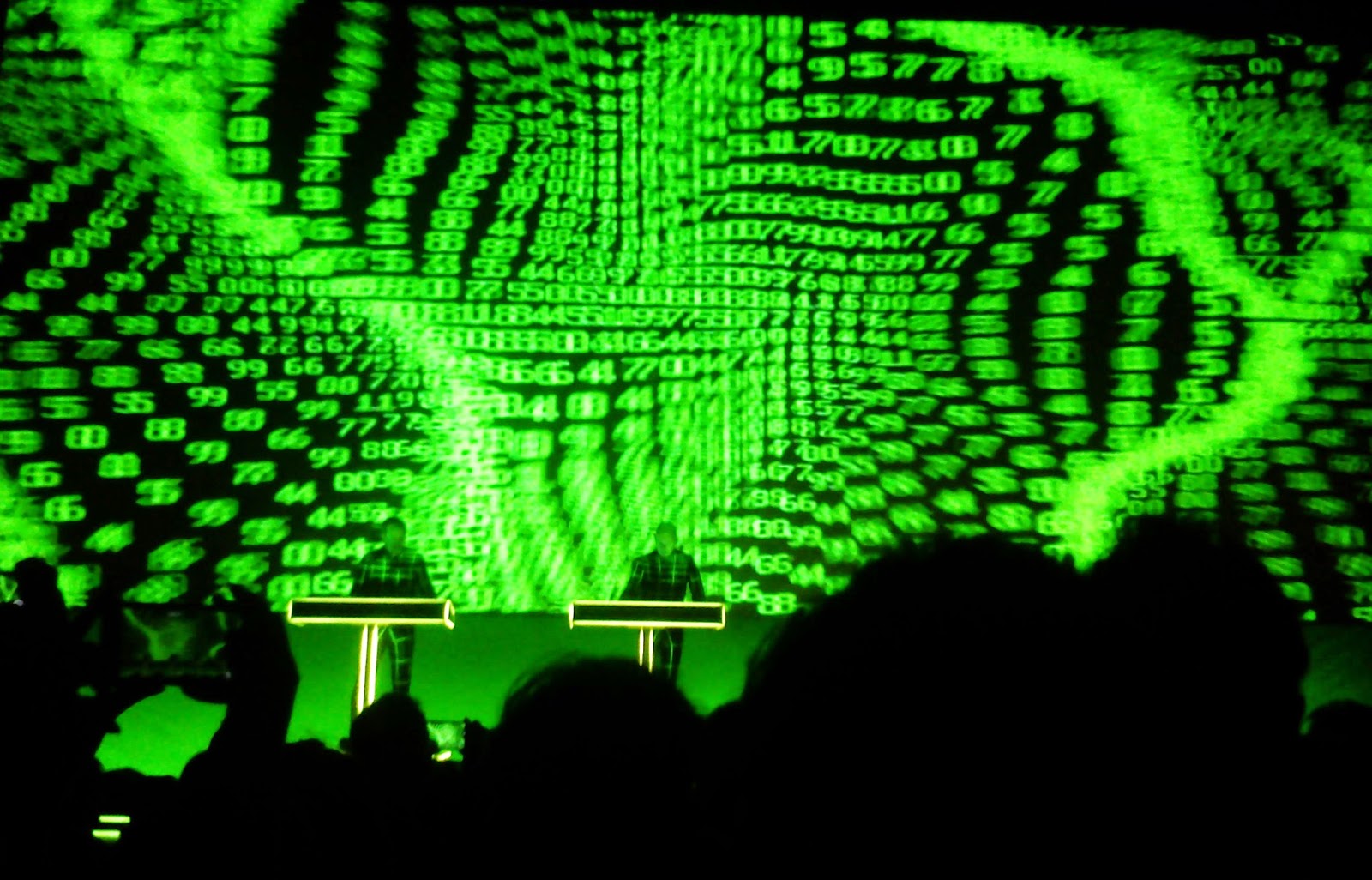 We were once again asked to work with Kraftwerk as the legendary German electronic group took their 3D tour across Europe.

The band, who have been releasing material since the 1970s, embarked on their first full UK tour for 13 years at the Waterfront in Belfast on June 4th before playing dates across Scotland and England.

We were the only non-German supplier on the tour, which featured three sold-out nights at the Royal Albert Hall on June 21st, 22nd and 23rd.

Our team supplied all the rigging for a tour which earned rave reviews for its use of props and graphics. All the trusses, hoists, motorised track and drapes were delivered for the tour and two of our representatives, Sam Colclough and Andi Spowart, accompanied the tour across the country.

The Blackout equipment included Prolyte H40v and Thomas Superlite truss, with the hoists consisting of 1tonne and 0.25t CM and 0.5t Liftkets. This was used to hang lighting, speakers, video screens and track trusses.

Because of a scene change during the show, during which band members Ralf Hutter, Henning Schmitz, Fritz Hilpert and Falk Grieffenhagen swapped costumes and the red-suited Robots took their place for the song of the same name, we manufactured 15m-drop Grey Wool Serge drapes which moved along a curved motorised track, masking the entire stage allowing the changes to happen.

Additional black drapes were also taken on the tour for stage backdrops and utilised at venues with lower ceiling height measurements.

This isn’t the first time we have worked with Kraftwerk. In 2013, when the band played eight shows at the Tate Modern’s Turbine Hall, we supplied all the rigging and drapes.

Our involvement with the 2017 3D tour began not on UK soil but in Antwerp, where the crew worked on two shows a night for four nights. The tour then moved to Dublin for two nights at the Bord Gais Energy Theatre before going to Belfast.

Tim Searle, Blackout’s project manager, said: “We’re proud to have been the only non-German supplier for this iconic tour. The German crew have been great and welcomed us in from day one which has been brilliant and made for a fantastic and collaborative working environment.”

Any cookies that may not be particularly necessary for the website to function and is used specifically to collect user personal data via analytics, ads, other embedded contents are termed as non-necessary cookies. It is mandatory to procure user consent prior to running these cookies on your website.